Are you looking for Appling Georgia Real Estate Listings?
Would you like to find homes for sale in Appling GA, and the surrounding areas?

This is the source for Appling Georgia Real Estate!

Appling Georgia is an unincorporated community in and the county seat of Columbia County, Georgia, United States. It is part of the Augusta, Georgia metropolitan area.

Appling was formerly a city but, with the 1993 passage of legislation requiring cities to provide at least three municipal services, Appling was not able to remain incorporated. It was one of 187 inactive cities in Georgia that lost its charter on 1 June 1995. There was question as to whether it had ever been incorporated at all since it had no functioning corporate authorities. 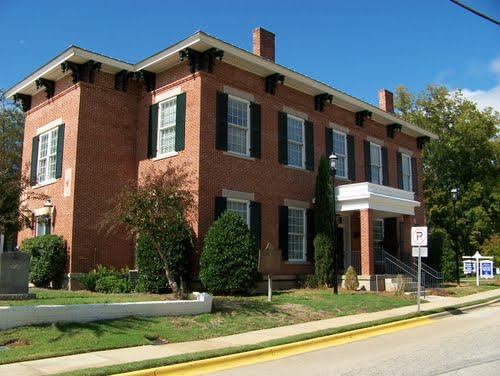 The following information applies to the ZIP Code Tabulation Area (ZCTA) for ZIP Code 30802, which is centered immediately south of Appling.

There were 1,745 households out of which 37.7% had children under the age of 18 living with them, 64.4% were married couples living together, 11.3% had a female householder with no husband present, and 20.5% were non-families. 16.8% of all households were made up of individuals and 5.9% had someone living alone who was 65 years of age or older. The average household size was 2.83 and the average family size was 3.20.

Appling, Georgia Demographic
1) Population Density = Total Population per square mile.
2) The Diversity Index is a scale of 0 to 100 that represents the likelyhood that two persons, chosen at random from the same area, belong to different race or ethnic groups. If an area's entire population belongs to one race AND one ethnic group, then the area has zero diversity. An area's diversity index increases to 100 when the population is evenly divided into two or more race/ethnic groups.
Based on Census 2010 counts, the Diversity Index for the United States was 60.6 and it is expected to increase to 64.8 by July 1, 2018.


Appling, GA 30802 - Peer Comparisons by Rank and Percentile The table below compares 30802 to the other 717 ZIP Codes in Georgia by rank and percentile using July 1, 2016 data. The location Ranked # 1 has the highest value. A location that ranks higher than 75% of its peers would be in the 75th percentile of the peer group.